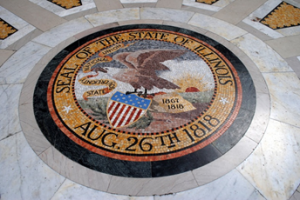 As of 2008, there were 37 abortion providers in Illinois [3]. In this same year, there were an estimated 54,920 abortions within the state, this comprises about 4.5% of abortions nationwide [4].

One reason why abortions are so common in Illinois is because of the lack of laws for parental consent. According to the Planned Parenthood website, Illinois is one of the several states that does not require any parental notification in any circumstance [5].

In fact, Illinois does not have waiting periods or limits on publicly funded abortions either [6].

In light of this news, it might be easy to get depressed. However, this also means that the unborn are that much more in need of our help.

Still, pro-lifers in Illinois have a lot to be grateful for. Groups such as Illinois Right to Life, the Pro-Life Action League, Students for Life of Illinois, and many others have all done amazing work within the state, in defense of human life.