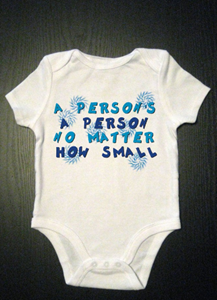 The overwhelming majority of abortions are committed early during a pregnancy. Approximately 89% of abortions take place during the first trimester [1].

Additionally, more than half of women who have abortions say that they would have preferred having their abortion earlier in their pregnancy [2].

There are many possible reasons.

First and foremost, early term abortions are sometimes considered the easiest. In the early stages, women can often take an abortion medication through the ninth week of pregnancy and abort in the privacy of their own homes.

Many women also want to hide the fact that they are pregnant and avoid the stigma that might be attached to being young or unmarried.

However, does this mean that abortion is more acceptable at this stage?

There is a very clear consensus within the medical community that human life begins at conception [3]. Beyond this point, developmental changes certainly take place, but throughout each stage the developing preborn is a human life.

One reason why some women feel more comfortable aborting earlier on is because changes in the baby become more visible as time goes on. Approaching the second trimester, the major organs and heartbeat become visible via ultrasound. At this time, a baby simply begins to appear more like what it will look like at the time of birth.

Additionally, Planned Parenthood claims that the risks of abortion are not as great earlier on in the pregnancy [4]. They report that the price increases the longer that you wait and the more invasive the procedure may be. In a few instances, babies are even carried to term and aborted after they are partially delivered (partial birth abortion).

However, one must always be a bit wary of seemingly too good to be true offers in life, especially ones that are made by an organization that is trying to sell you their service.

The unfortunate truth is that abortion carries risk at every stage of pregnancy, and every abortion claims an innocent life.