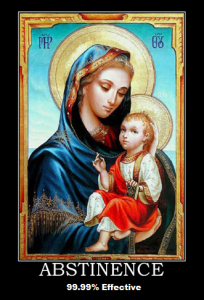 As diverse as America is, one of the relative few things nearly everyone can agree on is the need for parents to watch and protect their children. This is evidenced by the fact that children are generally classified separately from adults in the legal system.

In light of this, you might be surprised to learn that approximately 46% of all high school students today report having already had sexual intercourse at least once [1].

Additionally, as of 2007, adolescents under 15 years old obtained .05% of all abortions. However, this age group also had the highest abortion ratio: 768 abortions for every 1,000 live births [2].

Almost everyone who reads the preceding facts will come to the same conclusion: there is something very wrong with this picture.

Not only is the fact that the abortion rate is so high troubling, but also the fact that children as young as these are engaging in such adult behavior at all.

Why is this happening? What can be done to end it?

It may not be possible to say with certainty why sexual activity has become so common among youth, or even why obtaining abortions has seemingly become the norm.

However, there is evidence to suggest that abstinence-only programs are more effective than comprehensive sex education programs in preventing teenage, premarital sex [3]. Furthermore, it is known that abortion is a procedure that carries a great deal of risk.

In order to effectively help our youth, there are at least two main approaches that must be included in our effort:

If these two strategies are taken, then much progress can be made in reducing abortions, STDs, and all of the other downsides to sexual activity at such a young age.