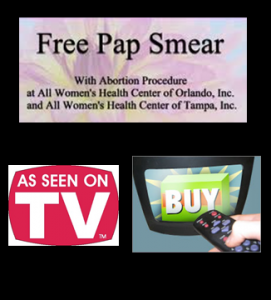 While there are some people in America who do not believe that abortion should be completely illegal, most people would agree that abortion is not something that should be advertised on television.

Unfortunately, there are some people out there who apparently do not share this view.

In July of 2011, England’s Broadcasting Committee (in charge of television advertising standards) decided to allow for-profit abortion businesses to advertise on television [1].

This decision has caused quite a stir, both within the pro-life community and among the general public.

Even most of those who are pro-choice do not believe that abortion is something that should be treated as if it were an everyday commodity.

This decision makes it clear that there are many abortion providers who no longer even put up the guise of claiming to fight for women’s health.

Instead, these businesses have made it clear that their focus in on selling more and more abortion services, not in helping women in any way.