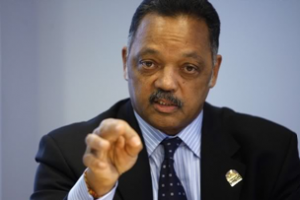 Think about the most well-known leaders of the black community.

Are most of those who you thought of pro-choice?

Odds are, that they probably are.

For example, one of the most prominent African-American organizations is the the National Association for the Advancement of Colored People, also known as the NAACP.

This organization and several others like it have publicly come out in support of abortion and Planned Parenthood, while decrying any associations that have been made between abortion and slavery [1].

Does this mean that these views are held by most African-Americans?

In fact, polls have indicated that a clear majority identify as being pro-life [2].

This should not be surprising considering that Africans American women are being specifically targeted by the abortion industry.

Unfortunately, their efforts have been devilishly successful, as is evidenced by the fact that 30-40% of all abortions are performed on black women, despite African-Americans only comprising 12% of the general population [3].

While finally being rid of the horrid practice of slavery was a true step forward America, legalized abortion and the subsequent efforts of the abortion industry are a huge step back.

Instead of being forced to live in slavery, many preborn African-American children are not being given the chance to continue living their life at all.

Whereas the public and observable nature of slavery and blatant racism helped expose it to the public until they could stand it no more, the same is not true for abortion.

Abortion, the act of taking an innocent life, is always done behind closed doors and the details of it are kept secret under the guise of privacy.

All those within the black, as well as all those who care about human rights must come together and take a strong stand against the abominable practice of abortion.
——————

Image from The Daily Caller

One thought on “Are Black Leaders In Line With the Beliefs of Their Members?”