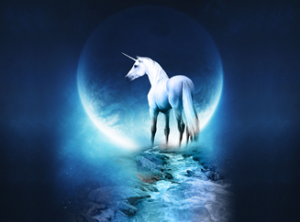 Answers to this question may vary greatly, but some of the most common responses include a world at peace. There would be no fighting, no arguing, and no hostility of any kind.

Many pro-choice activists seem to imply that without the pro-life movement the world would be much closer to this idealistic state. Those pesky pro-lifers are always trying to be divisive and stirring up trouble where none need exist, right?

While it may be tempting to pretend that there is nothing wrong with abortion, all facts suggest otherwise. It often results in physical and psychological harm to the mother and always results in the death of an innocent life. Beyond this, it is also quite revealing that so few Americans are even aware of the details of abortion procedures.

Part of the reason for this lack of knowledge may be that abortion is considered an unpleasant topic. Another part is that the abortion industry intentionally tries to keep their clients and the general public in the dark about what the actual procedures entail.

Most Americans would be horrified to see, or even hear about, an abortion procedure.

For example, the most common form of abortion is suction aspiration (also known as vacuum cutterage) [1]. It is generally performed between 6 and 12 weeks after the preborn is conceived [2]. Most first trimester abortions use this procedure [3]. As the name would imply, it involves a powerful suction tube being inserted into the mother’s womb through the dilated cervix to remove the developing fetus [4].

Actually, there is a little more to it than that. Instead of it being a mere blob of cells, the preborn baby has already achieved significant milestones in these first few months. Spontaneous movement is commonly seen during week 7 [5]. Swallowing and responses to skin stimulation are observed during week 12 [6].

In addition to this, it should be noted that, in this procedure, the developing baby is not simply removed, but is first dismembered. Its tiny body is torn to shreds. These pieces are then suctioned out.

However, babies are often not the only victim.

In addition to the long-term physical and psychological damage that women may have as a result of abortion, there is also a risk that these women will not even survive the procedure. Possible complications include blood clots, hemorrhaging, and death [7].

Spending any amount of time listening to pro-choice advocates might lead you to believe that it is desirable to be pro-choice so that people may be left to make their own decisions without interference.

According to them, a great paradise of peace could be achieved if it were not for pro-life advocates. The problem is that some decisions are not only wrong, but very wrong. When lives are put in serious danger, it is always the responsibility for government to intervene.

Those who are aware of the facts regarding abortion have a solemn moral obligation to share what they know with others.

Ignorance may be bliss for some, but it can mean certain death for others.