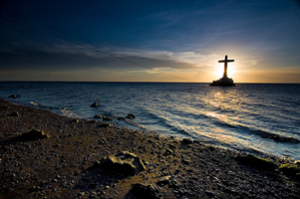 Many of those who hold religious beliefs consider them to be of great importance in shaping how they live their lives.

They turn to religion for guidance in improving their life and becoming a better person.

Because of this, sometimes people wonder how much of an influence religion should have on political beliefs.

For example, is it possible for a person to be both pro-choice and Christian?

While it is true that laws should always be based on scientific fact and moral reasoning (and not the views of any particular religion), it is also true that one cannot legitimately claim to be a member of a religion whose core beliefs he or she rejects.

The Bible may not ever mention the word abortion specifically, but it does contain a great number of verses that imply abortion is very wrong and sinful [1].

These verses collectively imply that human life begins at conception, God knows us before we are conceived, and that there can never be any justification for taking the life of one’s child.

Thus, it is not possible for anyone to be pro-choice and legitimately call him or herself Christian.

2 thoughts on “Can A Person Be Both Pro-Choice and Christian?”