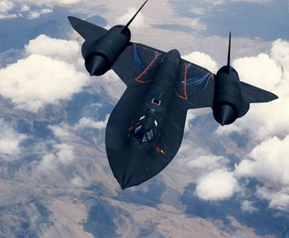 The short answer is: You can’t be both pro-life and pro-war.

Those who say they are pro-life often hold various positions on other issues and this leads some people question how a person can be both pro-life and pro-war.

While this question may initially seem fair, it is in fact based on a false premise.

In reality, one would be very hard pressed to really find anyone in favor of war itself. They may exist, but certainly there are very few people who are actually ‘pro-war.’ In fact, many of those who are pro-life are especially loving of peace.

Before going forward, let’s be clear: the pro-life position is incompatible with being pro-war.

It must be noted that there are some circumstances, such as following an unprovoked attacked, when it may be justifiable to take military action to preserve the innocent lives of citizens. In other words, a defensive war could be justified by an honest pro-lifer.

While no one hopes that they will ever be in the situation in which they would have to use violence, there are some situations in which it might be the only option as a means of self-defense.

The same is not true for abortion – unlike adult aggressors, the preborn child rarely ever presents immediate danger to the life of the mother in modern times. Furthermore, the unborn child is never an aggressor towards the mother from whom she must defend herself.

This discussion should not be construed as to support war or the effects of war.  War is very detrimental to a society and to human life. It should be the last resort and should only be pursued under limited circumstances.

While abortion and war are different, they are also similar in the fact that they lead to a loss of life.

So, in the history of the United States, there have been approximately 1.2 million American deaths as a result of war.

This is approximately the same number of deaths as is seen every single year, in America alone, as a result of legalized abortion.

The unfortunate truth is that no war is as great a destroyer of life as the war against the unborn. The death toll for this war now totals nearly 53 million since abortion was made legal in 1973.

2 thoughts on “How Can Someone Be Both Pro-Life and Pro-War?”