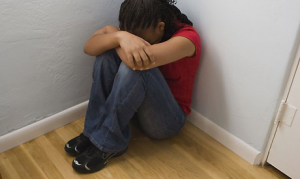 Many women who have abortions do so because they feel they have no other choice.

Some may try to argue that without abortions, women could be forced into motherhood against their wills. Having a child brings responsibility— to provide food, education, and shelter. The quality of opportunities available for women (employment, healthcare, etc.) might also decrease for women when they become mothers.

Some women do not have the support they think is she needs to raise a child. This may be especially true if the baby’s father is no longer around. Further still, there are women who believe that having a child would interfere with their plans for the rest of their life.

A woman’s circumstances seem to have a large role in whether she feels she can be a good mother and parent.

Many women turn to abortion when they feel like they have no other choice. Almost 80% of women who have had abortions report that they felt social pressure to go through with the abortion, from family, friends, boyfriends and others [1].

The emphasis is turned away from the rights of the unborn and toward the supposed privacy and liberty of a woman and mother.

In far too many instances, women are not given the ability to make their own decisions. Instead, in times of crisis and pressure, many women turn to abortion to avoid judgment by those around her.

Instead of feeling empowered, women often feel sad, overwhelmed and isolated. While abortion may initially seem like the answer to all of a woman’s problems, it simply subverts a normal human process—pregnancy, and creates new ones.

What many women actually want is to receive support, both financially and emotionally, not abortion [2]. Instead of liberating women, the availability of abortion often backs women into a corner.