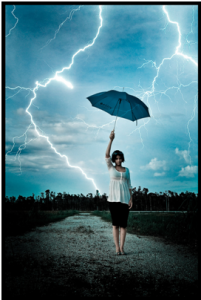 Planned Parenthood claims that what it advocates is “safe” sex to help prevent pregnancy and some forms of sexually transmitted diseases. The organization reports on their website that the correct use of condoms reduces the likelihood of contracting HIV making sex 10,000 times safer [1].

However, According to Dr. Helen Singer-Kaplan, founder of the Human Sexuality Program at the New York Weill Cornell Medical Center at Cornell University, “counting on condoms is flirting with death” [2].

What Planned Parenthood does not tell you is that condoms are actually largely unreliable.

According to the results of 15 studies in which over 25,000 condoms were tested, Contraceptive Technology found that the total failure of condoms is at just over eight percent when they were always used. This amounts to approximately 1 failure in every 12 uses [3].

That’s not all. Consumer Reports tests different products to rate their safety. It found that the condoms that Planned Parenthood distributes rank as some of the worst on the market today when evaluated based on strength and performance [5].

With different flavors and colors (such as lollipop and honeydew), it seems obvious that
Planned Parenthood is trying to market to teens. [6]

Conveniently, Planned Parenthood also happens to benefit when condoms do not work. It means they have more women streaming into their offices to use their costly services. They also receive more funding from the federal government because they of their high statistics of women served. They do not want women in their offices just once, but they want them to be regular customers.

As was reported by the U.S. Food and Drug Administration, sex with condoms is not
completely safe, it is just less risky [7].