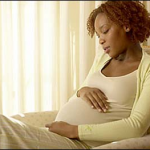 Abortion is viewed as a valuable option by many who are pro-choice. However, what most people do not know is that abortion is geared towards minorities.

While African Americans and Hispanics comprise for only 28% of the population, they account for nearly 60% of all abortions [2].

One of the primary reasons for this is because the largest abortion provider in America, Planned Parenthood, was founded by a woman who sought to implement eugenics.

Its founder, Margaret Sanger, was an active leader in the eugenics movement, believed in “purifying” the population, and found minorities to be unclean.

Abortion in America is not simply a war against the unborn, but it is a war against anyone who might not be thought of as having perfect characteristics.

Those who are non-white, suffering from a medical condition, or would be born into poverty are sometimes written off as being better off having their lives taken away.

This is not something that should be allowed in 21st century America.