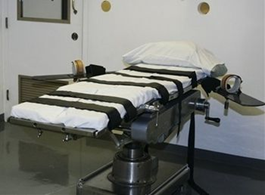 When we think of planned executions, one of the issues we most commonly deal with is deciding how humanely it should be performed.

For example, cruel and unusual punishment is generally prohibited against, as is laid out in the Constitution.

During no part of the process should those who are condemned person be subject to unnecessary pain.

While many convicted criminals have been killed by the electric chair throughout history, today we inject a poisonous mix of chemicals into the prisoner, because it is thought to be more humane and will cause the inmate less pain.

In fact, a sedative is first given, so the condemned person is unconscious as the other drugs are administered and begin to take effect.

Given the great deal of care we take in executing convicted criminals, it may seem odd that we do not provide nearly that level of concern to innocent preborn children, whose lives are often ended by abortion.

It is very rare for the pain of the child to ever be taken into consideration in an abortion.

Although it is estimated that babies become capable of feeling pain by at least 8 weeks [1], the pro-abortion Guttmacher Institute reports that over a third of abortion (at least) occur after this time [2].

While taking a life without it feeling pain doesn’t make it morally acceptable (killing a person in his or sleep doesn’t make it any less wrong), the cruel manner in which these innocent preborn lives are being destroyed is something that the public must take into consideration.

Only if we work to expose abortion for what it is, and not be afraid to express these views in public, will we ever be able to bring a final end to abortion.