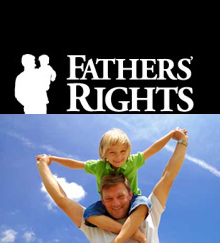 As of today, there are many pro-choice advocates who think that a pregnant mother should have the choice of whether or not to end the life of her preborn baby.

Her baby, her choice, right?

What about the father?

However, it may surprise you to learn that a man has legally no say in the decision of whether or not his baby’s life will be ended.

A woman can decide to end the life of their child and there is absolutely no legal action the father can take to prevent it.

While this can be heartbreaking to the men involved and cause emotional and psychological hardship, men are not left completely helpless.

There are many things a man can do to encourage that the woman choose to continue through with the pregnancy, including providing the woman with a viable support system or seeking out such a system for the pregnant mother.

Though many seem to want men to leave the abortion debate altogether, it is something that very much affects them as well, and it would not be right to silence their voices any more than it would be to silence women.