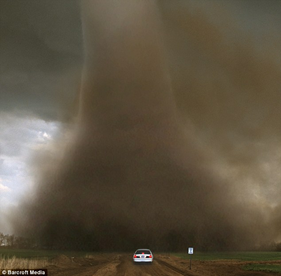 One of the ways that people try to justify questionable behavior is by adopting the thinking, “Well, that will never happen to me!”

Unfortunately, however much a person may want to think of themselves as being different and unique, the truth is that all people have the same basic vulnerabilities.

One example of such illogical thinking can be seen in the abortion debate.

Sometimes, one will hear testimonies from post-abortive women who report being very happy about their abortion and having not faced any negative consequences at all.

While there may be a few cases in which this is true, even a brief overview of the research will reveal that such testimonies are anything but the norm.

To put it quite simply, the statistics show that the vast majority of women who receive abortion will face either immediate or long-term health consequences. It is very dangerous thinking for any pregnant mother to assume she will be an exception.

Additionally, the question has to be asked:

Just because a woman might feel happy about allowing her child to be killed by abortion, does that mean it is okay?

Abortion takes morality into question—it is not simply a question of what a woman wants or how she feels after terminating her pregnancy.

Having an abortion is, in many ways, not even comparable to other medical procedures – its purpose is to end a preborn’s life, not to help him or her at all.

Those considering abortion should be wary of unusually optimistic abortion testimonials. Instead of listening to anecdotes, pregnant women should read the research pertaining to post-abortive women.

The reality is that most women do regret their abortions, and suffer a great deal of physical, psychological, and emotional stress as a result of it.