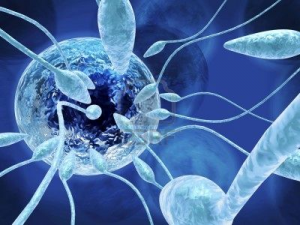 While spreading the basic message of valuing human life at all stages is very important, it is also important to educate people more deeply on issues of life.

For example, there are many people who do not understand the difference between the processes of fertilization and implantation.

This is often because abortion advocates conflate the two in order to confuse people on when life begins.

First, it should be noted that fertilization and implantation are two of the first major events during fetal development.

But what is the difference?

Fertilization, also often referred to as conception, is when the sperm enters the egg. This is the point at which the mother’s genes in the egg (or ovum) and the father’s genes in the sperm combine to create all the genes for this new individual [1]. At this point, a completely unique new human being is created.

Implantation is when the new human created at fertilization implants in the uterus. The newly created offspring, technically referred to as a blastocyst, travels to the uterus through the fallopian tube and implants in the wall of the uterus. It will stay there until birth, this is where most of the growth and development of the unborn occurs [2].

Although a preborn human life does not look like an adult human at the point of fertilization or implantation, this does not change the fact that the preborn human fetus is a living member of the human race at every stage in his or her development.

In order to truly respect and value human life, we must do so throughout a human’s entire life, not just during the points at which we decide arbitrarily.

These lives may not have the capability to defend themselves, but this does not mean that we should allow their lives to be taken so freely.