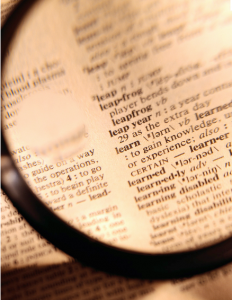 In the English language, the word fetus is defined as: “a developing human from usually two months after conception to birth” [1].

This definition alone recognizes the fact that a fetus is a human. Even though this human is not yet fully developed, the preborn fetus is a living member of the human species.

It is also interesting to note that, in Latin, “fetus” means “little one,” referring to the relatively small size of the preborn baby.

In other words, the meaning of the word fetus provides a description of how babies appear to us in the early stages of development. And as we know, there are many other stages in human development as well: infant, toddler, etc.

There is not a single one of these stages in which the developing life should be thought of as a mere blob of cells.

The word fetus has been used for such a long time for a reason. It provides an apt description for the life growing inside the mother; the preborn life is human, and deserving of the same right to have its life protected that all people deserve.

6 thoughts on “Fetus: Words Have Meanings”