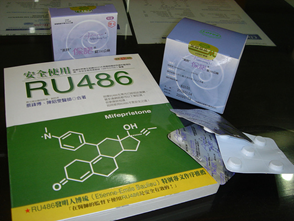 Many of those who are pro-choice claim that they support abortion, but still want it to be safe, legal, and rare.

However, the abortion industry has placed a new pill on the market that reveals their interest is not in keeping abortion safe or rare. Mifepristone, also known as the medical abortion drug or RU-486, was approved by the Federal Drug Administration in the year 2000.

In fact, it is not even required that women take this new pill, RU-486, in a clinic or health facility. Women are free to take it virtually anywhere they want.

Given that it has been approved by the FDA and does not involve surgery, it must be safer than surgical abortions, right?

For example, not only are there warnings on the Mifeprex website explaining that it can cause heavy bleeding and abdominal pain [1], but the FDA has also noted that the abortion pill can cause sepsis, which is a very bad infection in the bloodstream [2]. In some cases, RU-486 has even caused death.

Clearly, this pill is not as safe as abortionist claim it is. This form of abortion can cause death just the same as a surgical abortion can.

Taking this drug alone leads to abortion 60% of the time, while taking a second drug, mifepristone/prostaglandin in addition to the first leads to an abortion 95% of the time [3].

Together, they are used to terminate early pregnancies (before the ninth week).

Nearly 1.5 million women have taken the drug over the past eleven years, and there have been profound physical and emotional side effects, both immediate and long-term [4].

The medication abortion drug is actually extremely strong and it can cause many side effects.

In addition to this, the medication guide says that five to eight percent of women will need a surgical procedure to fix complications such as bleeding that may occur [5].

These complications, and even deaths, are completely avoidable.

While the abortion industry has been helping to make abortions increasingly common under the guise of women’s health care, the truth is that they are profiting at the expense of women.