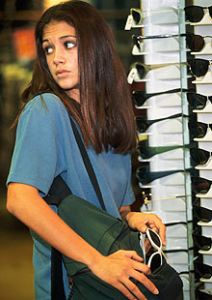 Within the abortion debate, there are a great variety of reasons why people identify themselves as pro-choice.

One of the most common of these is because abortion is a procedure that is done inside a woman’s body, and women should have exclusive control over their bodies.

The only problem with this argument (actually, it is a big problem) is that no one disputes that every person alive should have control over their own bodies.

However, there is a caveat to this.

Society has not only the right, but the obligation to interfere whenever a person intends to use their body in a way that will interfere with or bring harm to the life of another.

Women are entitled to hold all of the same freedoms as men, but no one (regardless of gender) should be able to use their body to take an innocent life.

A pregnancy is not just dealing with one person. Once a woman becomes pregnant, she has a growing human life inside of her.

After conception, the preborn is past the point of being a potential life – the life already exists.

The preborn does need the mother to survive during its early development, but this fact does not make ending that preborn’s life any more acceptable.

The most important point to keep in mind is that choosing to end another life is always wrong. The preborn is individually distinct from the mother, not part of the mother’s body.

The pro-life movement wholeheartedly agrees that all women should have control of their bodies – every person should. But controlling one own’s body and life should never be used as justification for taking away another’s.