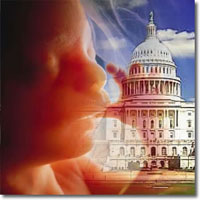 However, while people go on and on about whether it should be permissible, it has resulted in the death of over 50 million innocent lives [1], and by some estimates the number now exceeds 53 million.

While there is discussion on this issue from time to time, the fact that it has been allowed to become so common is evidence that there are not nearly enough people take a strong, active stand in defense of the unborn.

Many people are aware of the facts regarding abortion and know it to be wrong, yet take no real action to defend the lives of the preborn publicly.

Instead of abortion being rare, these numbers show that it has become incredibly common.

Many lives have been lost, and our society is no better for it.