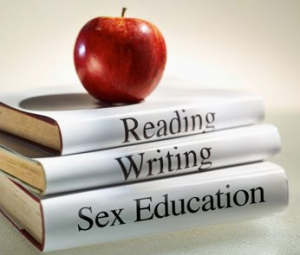 This means that they are not willing to support abstinence-only education programs.

The main goal of Planned Parenthood’ s First Things First campaign is to reduce the number of teens that become pregnant and give birth by half [1]. In other words, Planned Parenthood appears to be more concerned with preventing live births, and not the sexual activity that actually leads to pregnancy.

So, a key component of Planned Parenthood’s strategy is to reduce the number of children born by increasing the number of abortions performed [2].

In fact, Planned Parenthood strongly opposes all attempts for abstinence-only education [3]. It attempts to put the blame of the spread of sexually transmitted diseases on abstinence education [4].

Planned Parenthood claims to be an effective resource for helping teens make responsible decisions about lifestyles, relationships, and sex [5]. Its website (receiving over 10 million hits each year) emphasizes its confidentiality.

Because their ideas on education are failing, and by pumping more (federally funded taxpayer) money into the education program, Planned Parenthood is hoping to make it more successful. But so far, it has not.

The only 100% effective way to prevent unwanted pregnancy is abstinence from sex.

This is just one more instance in which Planned Parenthood puts its own interests ahead of the wellness of the women in our society.

—————-
Image from The New Mexico Independent