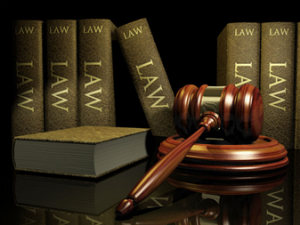 One of the most puzzling aspects of the law is perhaps its ambivalence regarding the rights of preborn babies.

In 2004, progress was made in protecting the rights of preborn babies with President George W. Bush’s signing of the Unborn Victims of Violence Act.

This act allows federal prosecutors to charge a suspect with the death of an unborn baby when the death takes place on federal property or is done during the committing of a federal crime [1].

However, in light of this it seems very odd that this same federal government and these same states also allow preborn babies to have their lives taken away by doctors.

In both types of cases, the baby has no say in whether his or life is ended.

The only major difference between these two types of situations is in regards to who actually commits the abortion.

In one case, a criminal does it against the wishes of the pregnant mother and in the other case a physician does it, usually with at least some level of acceptance of it by the mother.

Given that the law has recognized the humanity of the preborn babies in cases of criminal violence, it would only be right for more people to begin to realize that babies in either of these situations have the same rights to continue living their lives.

3 thoughts on “Preborn Rights: Inconsistencies in the Law”