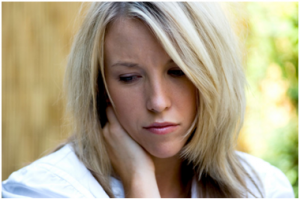 Pregnancies can cause a lot of stress. To make it worse, coercion and force is often used by others to convince women to have an abortion. An overwhelming 64% of abortions involved coercion [1].

Deciding to undergo an abortion is a decision with serious consequences. Using force as a way to convince a woman to have one is unethical in itself. Oftentimes the person coercing the woman is a loved one, such as a husband. There are many cases in which the coercion turns into violence. The violence used to pressure women into abortion can often be seen in the news.

Clearly the people coercing the woman do not care how they end the baby’s life. There are stories ranging from stabbing the mother to hiring a hit man. Oftentimes the person doing the coercing feels like there is no other solution and they force their choice on the woman.

There is plenty of debate over how violence stems. But all can agree that violence is an issue, and a woman going through a tough decision like this should not have outside pressure. It is the woman’s body, yet 64% of the time it is not even the woman’s choice to commit abortion.

Coercion should not be used to convince a woman to have an abortion. Abortion does not protect the woman’s rights, especially if she is being forced to undego an abortion.

One thought on “Pressures To Abort: Why Pro-Choice is Often No Choice”