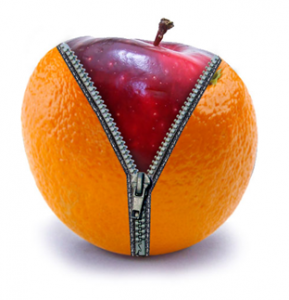 If you are an avid viewer of the mainstream media, then you might assume that those who are pro-life are but a very small minority. The words and phrases used to describe them have sometimes implied that being pro-life is an extremist point of view. However, research shows that nothing could be further from the truth.

A recent Gallup poll reveals that by a 24% margin, 61-37 %, Americans share the pro-life view that abortions should be illegal in most or all circumstances [1]. That being said, almost half of Americans still believe their view is considered pro-choice [2].

Why is this? What implications does this have for the abortion debate?

One possible reason for this discrepancy is because of how pro-lifers are often described in the news. Pro-life advocates are portrayed as individuals who want to exert some type of control over women, whereas pro-choicers are depicted as taking a stand for women’s rights.

In truth, what the pro-life position really entails is respect for the lives of both the baby and the mother. The pro-choice position is essentially a defense of accessibility to abortion. Abortion is a practice that often damages the life of the woman and always destroys the life of the child.

It is perhaps because of this that so many people are confused about how they should refer to their position on abortion. They are under the false impression that what they believe could not possibly be the same as those who the mainstream media has vilified.

Seeing the image of pro-lifers being tarnished is disheartening. However, the Gallup poll also suggests that pro-life advocates have a real opportunity before them.

The majority of Americans already agree with the pro-life position. They just need to better explain what the terms pro-life and pro-choice actually mean.