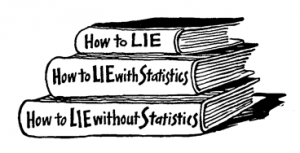 One of the most common arguments made in favor of abortion is that outlawing abortion will not lead to an end in abortion, but will instead result in many more back alley abortions which will be much less safe.

As evidence that abortions should be legal worldwide, there are a variety of statistics that pro-choice advocates cite.

For example, some have claimed that 5,000 to 14,000 women died annually from illegal, unsafe abortions in the U.S. in the years before Roe vs. Wade [1]. However, one of the men involved in reporting this number actually admitted years later that the figures were “totally false” [2].

Another famous claim is that legalizing abortion has resulted in safer abortions [3]. If the question is about whether or not abortions became safer after 1973, the answer is yes.

However, 1973 was by no means the starting point of the downward trend in immediate deaths caused by abortion. One of the major causes of this trend was the introduction of penicillin in 1942 and the large number of medical advancements that have continued to be made in the years since.

In fact, in the decade before Roe vs. Wade, a Planned Parenthood medical director reported that about 90% of abortions were being done by medical physicians [4]. There were some abortionists who exercised much less care for the women, but a disregard for the health of women can often be seen today as well (take Kermit Gosnell, for one).

To take a more worldly view, let us consider the common claim that there are around 70,000 deaths from abortion worldwide every year [5]. A key problem with this statistic is that the numbers simply don’t add up.

For example, according to the Alan Guttmacher Institute’s own statistical measures, the real number of women who die from illegal abortions worldwide is far less, approximately 2,640 [6].

There is no doubt that some deaths do occur because of illegal abortions worldwide. However, it is not nearly the epidemic that they would have you believe.

The truth is that abortion is an inherently dangerous procedure that will always carry great risk, and allowing abortion to be legal has a far more harmful impact on women than does the slight increase in unsafe abortions.

When dealing with the lives of millions of women and preborn babies, there is simply no room for creative statistics.