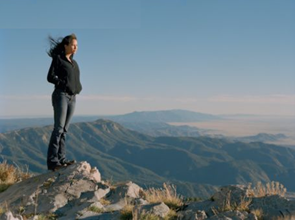 Within the abortion debate, it is not surprising that there are a few differences in the language used. Each side wants to frame the debate in a certain way.

However, the pro-choice side has created many terms and phrases that seem so far from reality, you have to wonder if anyone would accept them had they not been repeated so frequently.

First, those who use the term “reproductive rights” are actually arguing that a woman should have the right to end the life of her preborn child. That is what an abortion does.

Taking the life of another may never legitimately be referred to as a right.

Second, the term reproductive freedom implies that women are liberated from being forced to carry a child, and that taking the life of this child will allow women to set their own schedule for having children.

One of the many problems with this argument is that women already have the ability to plan their lives so they do not have to have children earlier than they would like. For example, a woman may refrain from sexual activity until she is ready to start a family.

For those who would then bring up rape, it is important to point out that only a very small percentage of pregnancies are the result of non-consensual sex. In fact, the risk of pregnancy from sexual assault is estimated to be 2 to 5 percent [1].

Additionally, there is evidence to suggest that abortions lead to complications in future pregnancies. This means that instead of allowing women to choose when they want to have children, it can take away their ability to have any children at all.

These are just two of the many pro-choice terms that are misleading. However, you should not be too surprised when you hear more. The goal of abortion advocates is to create distortions, not to speak the truth.