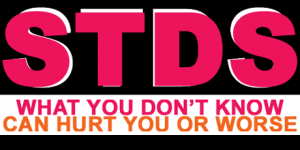 Many of those who are pro-choice repeat the phrase “Stay out of our Bedrooms!” as if the American government were some nefarious institution that sought only to invade individual privacy.

Many arguments have been made against the practice of abortion elsewhere.

However, the focus of this article is on the financial impact of abortion and one of the leading causes of widespread abortion, an overemphasis on sex.

No one would argue that sex is an inherently bad thing; it can be a physical manifestation of the love that two people share, and it is usually necessary to bring a new child into being.

It is also true that not everyone holds this same view of sex; some believe it is an activity to be enjoyed freely and often with others whom they barely even know.

In terms of the law, both of these views (among others) are perfectly acceptable to hold and act out on.

However, it is important to keep in mind that society always has an obligation to discourage behaviors that are harmful to the public health.

For example, in the year 2000 there were about 18.9 million new STD cases in America, and almost half of these cases were among 15- to 24-year-olds. The cost to treat (not necessarily cure) newly-acquired STDs among this age group each year is estimated at $6.5 Billion [1].

The high frequency of sexual activity has resulted not only in widespread abortion, but also a hefty price tag in health expenses that the whole of society will have to pay for.

Everyone living in America has a great deal of freedom, but this does not mean that the government should not take action to discourage lifestyles that are harmful (and costly) to the public.