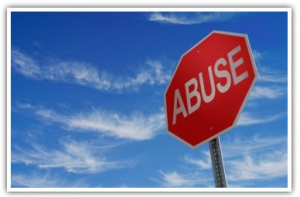 The leading cause of death for pregnant women is homicide [1].

Perhaps a surprising effect of abortion is increased violence toward pregnant women.

Many abortions are coerced or forced. In some cases, men may believe they are not yet ready to be fathers, do not have the financial resources, or simply want to avoid the embarrassment of having gotten their girlfriend pregnant.

This leads them to seek to intervene in some way. In some cases, a young woman will be physically pushed or dragged into the abortion facility by a boyfriend, husband, or parent.

The violence towards women does not stop there. Many women will suffer from injury and trauma as a result of the abortion. It also leads to an increase in suicide and maternal death rates.

In some extreme cases, men have performed abortions (or attempted to induce a miscarriage) by their own force via beatings, using a weapon, or forcing women to take a drug that would terminate the pregnancy.

Abuse does not necessarily have to be physical, either. It can be emotional or verbal as well. The man may threaten to leave or not be supportive her.

In other cases, a trusted adult or an authority figure may be the abuser. There has even been a case in which a school counselor pushed a young student to have an abortion [2].

Women should have the right to their own bodies—to protect themselves and those around them if they so choose. Allowing men to coerce women into abortion takes away this right, and lets women be manipulated into making decisions that they might not want to make.