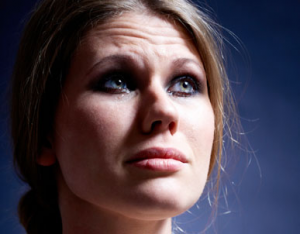 “Abortion is a traumatic stressor, capable of causing PTSD symptoms” [1].

Post Traumatic Stress Disorder (PTSD) is a mental condition that is triggered by a terrifying event. PTSD has many symptoms: severe anxiety, nightmares, and even flashbacks. The recommended treatment for this is either psychotherapy or medicine [2].

Oftentimes, women do not get the proper counseling before or after receiving an abortion and their abortion affects them in many different ways. For these women the primary symptom of PTSD is reoccurring memories [3]. Women who have PTSD from undergoing abortions have flashbacks involving their preborn child [4]. They serve as a constant reminder of what they did. Eventually this takes a toll on them.

65% of women who have undergone abortions report symptoms of Post-Traumatic Stress Disorder, which they attribute to their abortions [5]. This was shown in a study that compared women from the U.S and women from Russia. The women in this survey voiced that they did not feel as if they got adequate counseling before they committed the abortion.

The symptoms in this study were separated into 3 different categories: Avoidance, Re-Experience and Arousal. The re-experience symptoms have the greatest percentage of sufferers [6]:

· 47% Unwanted memories of the abortion

· 65% experienced more than one symptom of re-experience.

Other studies have shown that abortion increases risk for depression.

Women who undergo abortions and develop PTSD suffer in many different ways and the memories of the abortion often affect them throughout their whole life. These women could have been better prepared for this risk if they were better counseled. Like a soldier in war, they had no clue that this would affect their life in such a great way.