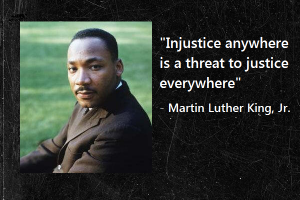 Following the end of World War II, there seemed to be many indications that the world would never again see such horrific atrocities against human rights as those observed in Nazi Germany. From its founding in 1945, the United Nations has vowed to promote social progress and human rights [1].

Because of this, it may surprise you to learn that much of what the U.N. is doing today goes directly against its alleged goals. Officially, the U.N. claims that it “does not promote abortion as a method of family planning” and that it is should be the right of each country to decide on the legality of abortion [2].

First, it should be noted that using this logic in World War II would have resulted in countless more deaths at the hands of the Nazis. It is nothing other than hypocrisy for an organization to claim that it will protect those in need, when in actuality it takes absolutely no action to help them.

As the late Martin Luther King Jr. once said, “Injustice anywhere is a threat to justice everywhere” [3]. We always have an obligation to help those being persecuted, regardless of their location.

As bad as its self-professed inaction may sound, the truth gets even worse. The United Nations Population Fund has in fact worked towards promoting abortion through its cooperation with several pro-abortion international organizations. One example of this took place in 2010, when UNFPA worked with the Center for Reproductive Rights, Amnesty International, and others to host a conference that specifically advocated access to abortion [4].

Far from bringing an end to human rights atrocities, the very sad truth is that we are now witnessing a death toll far greater than ever before. While approximately 11 million people were killed during the Holocaust [5], over 4 times that number, 45 million, are killed worldwide by abortion every year [6].

An overwhelming 83% of worldwide abortions are committed in developing countries [7]. One cannot help a population by killing its children. People are not pollution and allowing them to live is not a problem. No society should try to develop at the expense of innocent victims.

As great as it would be to have the world come together to help end the atrocity of abortion, it has become quite apparent that help cannot be found within the leadership of the U.N. In order to finally put an end to massive violations of human rights, we must first begin by protecting life from its earliest stage.