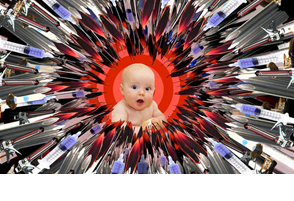 Many people would agree that there should be a separation between Church and state.

However, there is a certain amount of discussion about the role that science, especially the aspects of it that bring into question morality, should play in the government.

Some would argue that the practice of medicine should remain independent from the state. However, these two are inexorably intertwined.

Not only does government have an obligation to ensure ethics in research, but with government programs such as Medicaid and state-funded hospitals, applied health care is also, most certainly under the jurisdiction of government.

Abortion has particularly been a frequent topic of discussion, as many question its legality and funding.

While some might argue that the government should be required to assist poor women who want to have abortions, this should not necessarily be the case.

Not only is it an elective procedure that goes against the natural process of pregnancy, but the abortion procedure can actually cause a great deal of harm to women, not to mention the fact that it destroys a life.

Most American believe that abortion is morally wrong. As such, it should certainly never be the government’s policy to use taxpayer funds to pay for them.