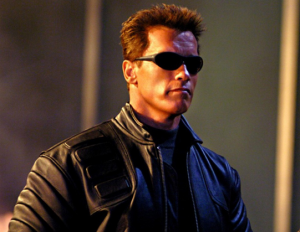 One of the most important parts of any person’s life is establishing a distinct identity. Almost everyone wants to have a positive impact on the world in some meaningful way.

Yet, in truth, all people possess an inherently distinct identity, even before birth. “From the moment of conception, the embryo has a complete set of unique DNA and is a human being that is separate from the mother” [1].

That being said, there are many in the pro-choice movement who ignore this fact. According to them, the fetus is a mere blob of cells and abortion is nothing more than the removal of these cells.

The worst part is… it appears they have had some degree of success in promoting this message. This is evidenced by the fact that society still allows the killing of over 4,000 preborn babies every day, and this is in America alone [2].

But however much effort may be put into downplaying the value of preborn life, the pro-choice side will never be able to win. A key reason for this is because neither moral reasoning, nor scientific fact supports their position.

For example, a 1985 Senate report concluded:

“Physicians, biologists, and other scientists agree that conception marks the beginning of the life of a human being – a being that is alive and is a member of the human species. There is overwhelming agreement on this point in countless medical, biological, and scientific writings.” [3].

Everyone is entitled to their own opinion, but not their own science. The rhetoric of the pro-choice side has far too often been successful in diminishing the very identity of the preborn child.

Unlike the movies, these lives have no superhero to save them. Whether or not they continue to live or are put to death depends in large part on the efforts of everyday individuals who courageously speak out and spread the truth about abortion. It is up to you and I to save them.

[1] Condic, Maureen. (2008). “When Does Human Life Begin? A Scientific Perspective.” The Westchester Institute for Ethics and the Human Person.
http://www.westchesterinstitute.net/images/wi_whitepaper_life_print.pdf.