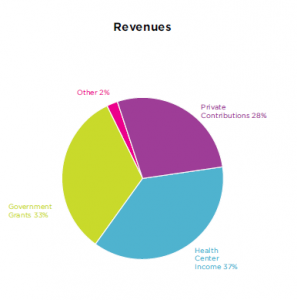 According to its 2008-2009 annual report, Planned Parenthood receives one-third of its funding from government grants [1].

This compares to private donors, which accounts for approximately 28% of Planned Parenthood’ s budget [2].

The money that Planned Parenthood has received is supposedly to reduce abortions by family planning. But interestingly, they have more than doubled them [3].

In 2009, the abortion industry also supported the passage of the Patient Protection and Affordable Care Act Health Care for America Act (also known as ObamaCare). This bill has appropriations for even more abortion funding [6]. It also has language to deny medical professionals the right to refuse to perform abortions [7].

While abortions in general are on the decline, Planned Parenthood has been performed more and more abortions than in recent years, propelling it to the forefront of the business.

Taxpayers continue to be made to contribute and support abortions, whether they like it or not.