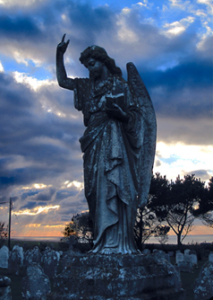 Many women who go into an abortion clinic are on some level aware that the abortion procedure will end an innocent life.

As has been discussed elsewhere, many women are not aware of the long list of physical and psychological harm that abortion can bring to a pregnant mother.

Women who undergo abortions are certainly not aware that the consequences may be as serious as death.

Also, the truth is that abortion is always a dangerous procedure, whether it happens to be legal or not at a given time.

In 1972 (the year before abortion was federally legalized), a total of 24 women died from causes known to be associated with legal abortions, and 39 died as a result of known illegal abortions [1].

Death due to abortion is caused in several ways [2]:

1) a direct complication of an abortion

To those on the pro-choice side who say that abortion is safe for women, please answer the following question:

Why does the abortion industry try to label abortion as a “simple medical procedure” when the reality is that it is unsafe and can cause the death of the mother, in addition to the baby.

In such cases, there are in fact two lives taken – two beautiful lives tragically cut short by legalized abortion.