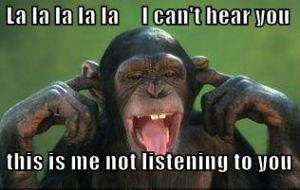 According to the National Cancer Institute, there is no link between abortion and breast cancer [1].

Okay, this must mean that this is true, right?

Not exactly. In 1994, a team led by a Dr. Janet Daling actually published research in the Journal of the National Cancer Institute that found several significant findings indicating a link between induced abortion and breast cancer [2].

The lead researcher, Dr. Daling, is actually a pro-choice advocate who stated that although she had wished for different results, she felt she had to tell the truth.

Many other studies throughout the 1980s and 1990s also found a significant increase in breast cancer risk following abortion. However, the specific percentage increase was different in each study, so some have dismissed them as having produced mixed results.

But how does abortion cause a higher risk for breast cancer?

A key reason why there is thought to be an increase in breast cancer risk following abortion is because of what may be best described as “hormonal blow” [4]. This refers to how a woman’s body begins to increase in the amount of estradiol, progesterone, and B-hCG produced, but then experiences a sudden drop in these hormones when the pregnancy is unnaturally stopped.

Despite the consistent results of these studies, the National Cancer Institute has often reiterated its claim that there is no link between abortion and breast cancer. One of its main arguments is that studies finding a connection suffered from recall bias. However, once potential impact of this bias was measured, it was not found to be significant.

It may be surprising to learn that one of the researchers to take a stand against those who deny the abortion-breast cancer link was none other than Dr. Daling, someone who is very pro-choice.

Daling was quoted as saying, “If politics gets involved in science, it will really hold back the progress that we make… I resent people messing with the scientific data to further their own agenda… our research is rock solid, and our data is accurate. It’s not a matter of believing, it’s a matter of what is” [5].

Interestingly enough, in 2009 one of the NCI’s own researchers published a study in which abortion is identified as a known risk factor for breast cancer [6].

As the evidence indicating this link has become even more clear, it has left many wondering how much longer those in charge of the National Cancer Institute will continue to live in a state of denial.