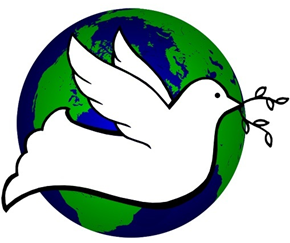 According to many feminists, one of the key benefits to having more women in leadership positions is that they are more likely to find non-violent solutions to problems than men are.

For example, one feminist quote is, “Truly liberated women reject abortion because they reject the male world view that accepts violence as a legitimate solution to conflict.”

Because of this, it may seem quite strange that some of today’s modern feminists support legalized abortion, a procedure that brutally destroys an innocent life.

As feminists, we owe far better to both women and our preborn children to result to such a violent, senseless act in an effort to try to make a perceived problem disappear.

In addition to this, studies have revealed that nearly two-thirds of women who receive abortions report having felt pressured into their decision [2]. An overwhelming 95% of the time those who pressure women are men [3].

For those who may not yet be convinced that abortion goes against the very spirit of feminism, please consider this…

Who is it that abortion empowers?

Most women either feel pressured into an abortion, some by particular men, but others by society in general. Women are far too often made to feel as if they are utterly incapable of following through with their pregnancies.

This is not an empowerment of women, and it is not acceptable.

[1] Feminists for Life (2011). Slogans for a Cause. Think Slogans, http://www.thinkslogans.com/slogans/slogans-for-a-cause/page/5/