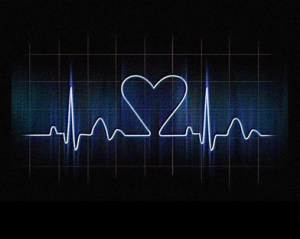 According to many pro-choice advocates, preborn babies should not be considered people. In light of this, it may surprise you to learn that babies’ hearts actually start to beat as early as 18-24 days after conception [1].

By as early as the fifth week after conception, development of the heart and circulatory system has already begun [2]. Around week six, the neural tube along the baby’s back closes and the baby’s heart begins pumping on its own [3].

As the different tubes of the heart fuse, the heart begins to contract and early brain chambers form.

During this time, the heartbeat begins and can be seen via ultrasound. The heartbeat is a reassurance of the health of the baby during the early stages of pregnancy. This is significant in that it shows that the baby is its own entity, in possession of one of the most basic characteristics of life—a heartbeat.

Two of the most basic, essential functions that distinguish human life are breathing and possessing a heartbeat. When someone has been involved in an accident, one of the first signs of life to check for is the pulse and breathing.

By this time, the circulatory system has also achieved a significant level of development. This allows the baby’s unique organs to function, and for blood and oxygen to flow to the brain chambers, which formed in week six.

The main point being made here is that these developments are but a few of the many signs that the fetus is a person. The heartbeat shows the baby’s independence from its mother and allows the baby to continue growing and developing as its own person. The viewing of ultrasounds aids the bonding experience between the mother and child. It helps those who see the imagery to realize the preborn’s humanity.