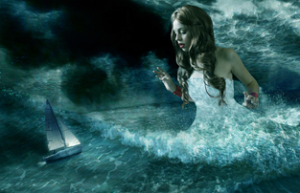 Those who are actively pro-life may often wonder whether or not they are gaining ground in bringing about a culture of life.

Fortunately, there are many indications that success is being made.

One of the most obvious ways this can be seen is in the shift in public opinion. By a 24% margin, 61-37 percent, statistics show a clear majority of Americans share the pro-life view that abortion are generally not acceptable [1].

Aside from this, another positive indication is the declining number of abortion clinics [2].

There is likely more than only one reason as to why the number of abortion clinics has decreased. For example, some clinics may not have met inspection standards or may have run out of funds. Some speculate that the flurry of state laws against abortion since PP v Casey in 1992 has been the driver of making it harder to stay in business.

But regardless of the reason, this is very good news for pro-lifers everywhere! Making abortions less convenient means that women might take more time to consider all of her options aside from abortion.

For example, she could instead turn to one of her local crisis pregnancy centers that offer a wide range of support.

It is a sad fact that so many have died since Roe v Wade, but the progress we have made shows that promoting a culture of life is still an achievable goal.