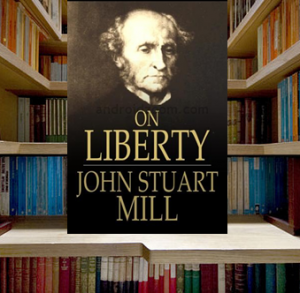 Arguably one of the greatest minds in philosophy, J.S. Mill published a book entitled On Liberty, in which he advocated several key principles for society.

In light of this, it may be useful to take a closer look at these arguments to see how J.S. Mill might view the abortion debate if he were alive today.

First, it should be noted that one of his key ideas is the harm principle, which holds that individuals may act as they wish, as long as these actions do not harm others [1].

Also, Mill argued that because no one lives in isolation, even harm that is thought to be done exclusively to oneself often results in harm to others as well – immediate family members perhaps, but also the community.

We often hear the phrases “My Body, My Choice” and “Pro-Choice: the radical idea that women have control of their bodies” uttered by those who are in favor of abortion.

What those who hold these signs don’t seem to be aware of is that the pro-life movement is not out to take away any of their rights, nor deprive them of any of their freedoms.

All individuals, both men and women, have every right to exercise their freedom, but society always has an obligation to intervene when harm is being brought to another life. This is the case in all areas of society, not just abortion, and it holds true for men and women alike.

Especially given the great damage that abortion does to women (let alone the unborn life), society has both a personal and public obligation to discourage abortion in whatever ways it can.

Only then can true liberty be realized.