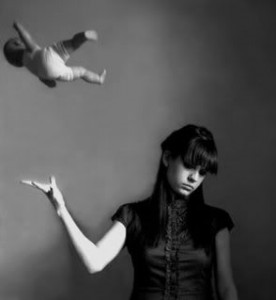 As barbaric as the practice of abortion may be, it is true that the act of parents killing children (born or preborn) is by no means unheard of throughout history, or in other parts of the world.

Infanticide has actually been going on for thousands of years, reaching to all corners of the earth, from Arabia to Japan and China.

Sometimes children have been offered as a sacrifice, but many have been killed simply because of their gender or because they were a financial burden.

As of the mid-twentieth century, about one in twenty-one murders were children by their parents [1].

In modern times, most infanticide happens at the hands of the mother, this is especially true when the women are very young, poor or uneducated [2].

As of today, while infanticide is still pervasive, abortion has become an alternative.

Clearly, abortion is the infanticide of the present. There really is not much difference between the two.

Parents have the opportunity to legally kill their children if they deem the pregnancy inconvenient or unwanted.

One thought on “What’s the Difference Between Abortion and Infanticide?”