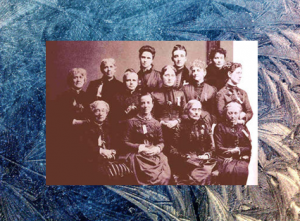 When you hear the word feminism, what do you think of?

According to some sources, feminism may be best described as a doctrine “advocating social, political, and all other rights of women equal to those of men” [1].

Some of our nation’s earliest feminists were Susan B. Anthony, Mary Wollstonecraft, and Elizabeth Cady Stanton.

While many of these early feminists were involved in gaining suffrage (the right to vote), there were also many other issues they wrote about and spoke out on.

One of these issues was abortion.

Given that most “decisions” to abort actually involve coercion by men (as well as other pressure from society), it should not be surprising that it is an issue feminists feel especially strong about.

While there are currently many well-known organizations that both support abortion and claim to be feminist (such as the National Organization of Women), many others in the feminist movement believe such organizations are trying to hijack genuine feminism.

Instead of empowering women, the availability of abortions creates a corner for women to be backed into.

Far too many women are made to feel as if they are incapable of raising a child in anything less than ideal circumstances.

The truth is that choosing life is always an empowering decision, and women deserve far better than abortion.