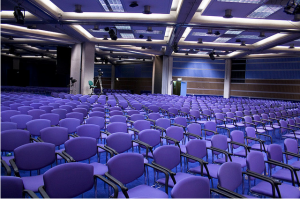 What if I were to tell you that over the past three decades millions of American women have been pressured to undergo a dangerous procedure against their wishes? Would this upset you?

If you are a woman reading this, would you expect the National Organization for Women to stand up for your rights?

If you spend any amount of time listening to the leading feminist organizations, such as NOW, you would likely be told that access to abortion is a pinnacle in success in the women’s rights movement. Thanks to Roe vs. Wade, a woman is now able to take control over her future without outside interference, right?

According to a 2004 study, 64% of women who undergo an abortion feel coerced into this decision [1]. An overwhelming 95% of the time the coercer is male [2].

Coercion, what do you mean by that?

Coercion can take a variety of forms. Women may be faced with threats of violence, the loss of financial support, or simply be denied access to the information they need to make their decision. To make matters worse, some abortion providers have even been found guilty of coercion. Numerous women have reported that after arriving at their appointment and having second thoughts, they were physically forced to stay until the abortion had been completed [3].

In light of this, you might expect feminist groups to be outraged. They should be demanding an explanation for why we have let this happen and doing whatever they can to bring it to an end.

Unfortunately, their actual response leaves much to be desired. Far from antagonizing the abortion industry that allows this coercion to continue, these organizations have taken a strong stance in support of abortion providers. One of the most common ways they have been showing this support is through social media and rallies [4].

It may not be realistic to expect a complete end to coercion. There is no such thing as a perfect system. But as of today nearly 2 out of every 3 abortions are coerced. We can and must do better.