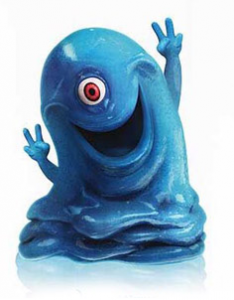 In order to try to justify the taking of an innocent life, the pro-choice movement often attempts to use certain phrases to dehumanize the preborn child. One of the most bewildering of these is the term “blob of cells.”

Those who are pro-choice are entitled to their own opinion, but not their own set of facts. As much as they might wish that the preborn was some lifeless being, medical research has revealed a far different picture.

First, there is a clear consensus within the medical community that human life begins at conception [1]. Additionally, it has been found that a preborn baby is able to feel pain as early as 8 weeks after conception [2].

While the capability to feel pain can never legitimately be used as a criterion for whether or not it is acceptable to take a human life (it is no more acceptable to kill a person in their sleep), most people agree that causing tremendous pain and suffering is especially cruel.

One of the main reasons that abortion is allowed to continue is because so many people are not made aware of who the target of the abortion actually is. It is a living, growing being who is often already capable of feeling pain.

The lives of the unborn deserve the utmost protection we can give them.

Would you have wanted anything less for yourself at that age?

[1] Condic, Maureen, MD. (2008).”When Does Human Life Begin? A Scientific Perspective.” The Westchester Institute for Ethics and the Human Person. http://www.westchesterinstitute.net/images/wi_whitepaper_life_print.pdf.