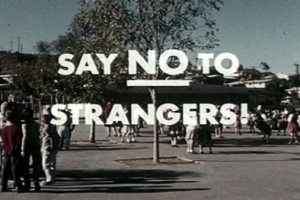 Those who are pro-choice often claim that going through with an unintended pregnancy will destroy a young girl’s future. Because of this, abortion providers argue that their services empower women to stay on schedule with their life plans. However, one little known fact is that having an abortion before the age of 18 increases the risk of developing breast cancer by 150% [1]. In fact, research suggests that women in this group who abort after their 8th week face an 800% increase in risk of breast cancer [2].

Are you sure? Is the evidence really conclusive?

2) Researchers did not wait long enough for follow up

Despite this information, many in the pro-choice movement continue to cite these studies because they reflect their previously held beliefs. The notion that abortion is not the simple, safe procedure they claim it to be threatens the very core of their argument. Instead of liberating women to pursue their full potential, it becomes clear that abortion has effectively ended the promising future of many young women.

What makes this revelation even more disturbing is that abortion providers such as Planned Parenthood have regularly been targeting their message towards younger generations [4]. This is not to say that all those who work in Planned Parenthood have ill intentions at heart. It is likely that most of their employees have good intentions. Unfortunately, the leaders of the abortion industry have a vested interest in promoting their business and downplay any and all risks associated with abortion.

From our earliest days of childhood, we are taught to not trust strangers. We are told to be wary of situations that seem too good to be true. The problem with abortion providers such as Planned Parenthood is that the support it receives from the government helps it seem more legitimate, familiar, and trustworthy. Because of this, people tend to be more trusting and less suspicious of foul play.

One of the most important points to make here is that even in the fast-paced world of technology, the responsibility to care for our youth remains at the family level. One should always be wary of modern day snake oil salesmen. In light of Planned Parenthood’s actions, it seems that one is never too old to remember the lessons of youth.