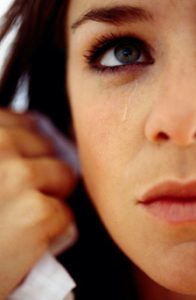 Millions of suicides happen every year.

While the reasons for them vary greatly, it may surprise you to learn that abortion is often one such reason.

Researchers found that a significant number of women who committed abortions committed suicide within a year. This is alarming because it shows that abortion is not only destroying one life, but two.

Many of these women, due to one reason or another, feel like the only way out of the suffering is to end their own life. If abortion were to be eliminated, more lives could be saved.

Similar to Post Traumatic Stress disorder, whether or not a woman commits suicide depends on how traumatic she found the abortion [2]. PTSD and Suicide are similar in this way due to the fact that they are both psychological problems caused by abortion.

This study shows how important it is for women to be made aware of the risks of abortion. Committing abortions has an effect on all that are involved. If it is a significant enough event, a woman can develop serious problems. To end these problems, many women choose suicide.

Studies might not give a definitive answer on how abortion can lead to suicide, because there can be multiple reasons to commit suicide. But there is a correlation between the two. So, if abortion presents such a grave danger to the lives of both the preborn child and the mother, whose interest is it in to have an abortion?