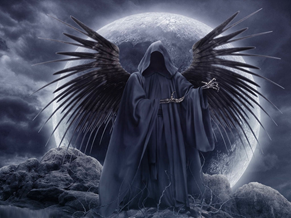 Abortion is not only a nation-wide problem, it is a worldwide problem.

Millions of women throughout the world choose to abort their preborn babies each year.

One of the biggest reasons why abortion has become so common is because abortion services have been made more readily available, out of a fear of a depletion of resources.

In fact, only a few nations still uphold the dignity of life in the womb. In some countries, abortion is so common that abortion is used as a primary form of birth control.

Women are often obligated, whether by law or social norm, to limit their family size by any means necessary.

At current rates, many countries will not even be able to sustain their current population size due to abortion [1].

Abortion has affected most people in the world, in one way or another. For example, it is likely that you know at least one or two women who have had an abortion. You have probably also heard about the damage that abortions has caused.

In fact, abortion is probably responsible for more harm than we might initially realize. As abortion services have been targeted toward the poor and underprivileged, the problems these groups face are made even worse.

Abortion creates and perpetuates additional social problems, and one of the most important ways to help these underprivileged groups is to help them choose better options than abortion and provide them with the resources they need to take care of their families.