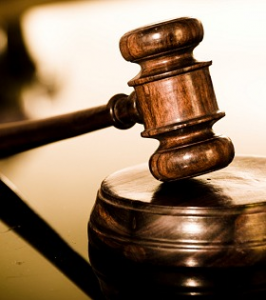 Most people are aware of the fact that abortion is generally legal.

However, many would be surprised to learn how far through the pregnancy abortion is legal.

Abortion is actually legal throughout all 9 months of a pregnancy – from conception right up to birth.

There were state laws that placed restrictions on abortion before 1973, but Roe v. Wade made all abortions legal until the preborn is viable [1].

The court placed viability at the beginning of the third trimester.

This decision put the preborn at especially high risk for the majority of the pregnancy, but left room open for some restrictions during the third trimester.

Another major case that led to the legalization of abortion in all nine months was Thornburg v. American College of Obstetricians and Gynecologists. In this case, all abortion restrictions were struck down.

This included alternatives to abortion and risks of abortion.

Due to these court decisions, abortion is legal throughout all nine months of the pregnancy at the federal level.

In 1992, however, the decision Planned Parenthood v. Casey allowed states to once again pass laws regulating abortion as long as those laws do not place an ‘undue burden’ on women seeking abortions. Many states have taken advantage of this decision and passed state-level legislation to curtail abortion.