In an effort to reduce the number of abortions and protect mothers from the abortion industry, states throughout the country are passing laws to restrict and regulate abortion.

While many of us believe the human right to life should be inalienable and respected in every location alike, the unfortunate truth is that it is not, neither in law nor action.

For example, the level of protection given to a preborn baby can depend greatly on the particular state in which his or her mother happens to live.

The good news is that Supreme Court cases such as Planned Parenthood v. Casey have upheld a state’s right to impose certain restrictions on abortion. This case has spurred the passing of many laws around the country on the state level. There is also a great deal of research to indicate that various state restrictions that have been passed since have been successful in reducing abortions.

There are a variety of different types of laws that place restrictions on abortion. These include…

Unfortunately not all states have these laws, but many within the pro-life movement believe these laws are a huge step forward for protecting the rights of the preborn, and helping make abortion unthinkable.

Taking Action in Your State 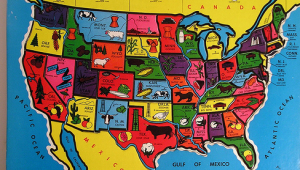 For those of us who have become aware of the facts regarding abortion and realize that it ends a human life, the desire to end abortion immediately is very strong.

Pro-lifers want to accept nothing less than an immediate reversal of Roe v. Wade, which has caused such great harm to the lives of millions of women, and millions of preborn children.

However, some of the advice provided by legal experts suggests that most major policy shifts do not occur overnight, but gradually over time.

Because of this, focusing on pro-life legislation in state legislatures is of critical importance. We must demand and hope that abortion is ended immediately, but we must also take every ‘baby step’ towards that goal here and now.

Each law at any level of government is one step closer to the legal protection that was destroyed by Roe v. Wade, no matter how minor.

Whatever legal gains we are able to make on the state level, while they are certainly not enough, ought to be seen as building a foundation. These create a precedent for the future upon which more powerful laws can be built.

As of today, there is evidence to suggest that the pro-life movement is on the right track to eventually gaining rights for preborn children.

For example, the state of Mississippi has passed more than a dozen pro-life laws, and the result has been a nearly 60% decrease in abortions and the closing of 6 out of its 7 clinics in the state so far [2].

The research of political science suggests that state laws can be very effective in reducing abortion, being responsible for a “17-19% decline in abortions nationwide during the 1990s” [3].