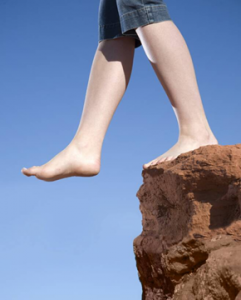 Does having an abortion really make your life happier? According to a recent study by the British Medical Journal, women who have had an abortion are at least 60% more likely to suffer from clinical depression [1].

Some women decide to have an abortion to try to protect themselves from the shame of pregnancy.

Abortion is not the answer.

Instead of being freed of shame, many women find themselves trying to cover up their abortions, even several years later. Women who lose a child during pregnancy also tend to feel less comfortable in social situations [2].

Abortion can have a huge impact on a woman’s self esteem and holistic well being. It adds a significant amount of stress to her everyday life. Secrecy, embarrassment and the suppression of the memories regarding an abortion are all associated with the depression that occurs after an abortion.

In fact, women who undergo abortion often continue to experience depression for many years.

These are some of the side effects that a woman might not ever hear about before the abortion. The negative effects of abortion on mental health do not stop at depression. For example: sad mood, crying episodes, guilt, psychosis, reduced motivation and a disruption in relationships were noted in post-abortive women [3] These women were also more likely to experience instances of anxiety disorders, sleep disorders, substance abuse and Post Traumatic Stress Disorder [4].

Nearly 30% of women who get abortions report at least one attempted suicide [5]. These women require counseling services or medical treatment to help them work through their problems.

Having an abortion is much more than undergoing a simple procedure. It can have long-term effects on the woman and those around her. It is important to recognize these very real risks before having an abortion.

Women have to shoulder the emotional and psychological burden comes with having an abortion. Instead of removing a perceived problem, it creates a much more permanent one.