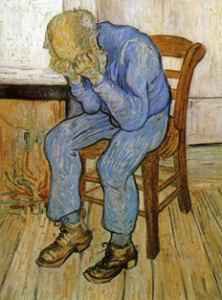 Whenever researching the issue of abortion, or any issue for that matter, it is always a good idea to have a healthy amount of skepticism about what you read.

This is because there are groups on all sides of debates who may sacrifice truth in an attempt to persuade others their viewpoint is correct.

However, there are ways to limit the amount of biasness found in your research. One such way is to always go back to the original source of whatever it is you are researching.

For example, there are many direct quotes that reveal that the core of the abortion industry is far more interested in selling abortions than actually helping women.

One abortion counselor admitted this much by saying “I have never yet counseled anybody to have the baby” [1]. This is just one of the many indications that their focus is almost solely on encouraging abortions, not on trying to determine what is best for the women involved.

One worker who operated the ultrasound reported “we tried to avoid the women seeing them [the fetuses] They always wanted to know the sex, but we lied and said it was too early to tell. It’s better for the women to think of the fetus as an ‘it’ [2].

This is clear evidence that they do not want the mothers to begin feeling connected to their child; they lie about the development and refuse to show the mothers the fully formed babies in their wombs.

Another worker has said of the abortion procedure, “I got to where I couldn’t stand to look at the little bodies anymore” [3].

If abortionists cannot even stand the job, why should it still be around?

The abortion industry is deceitful. They are not in the industry for the women; they are in it for a profit.

These are just a few in a long list of incriminating quotes.

The only conclusion that can be drawn from their admissions is that within the abortion industry, the counselors, the nurses, and the abortionist have all been trained to be pro-abortion and not reveal the other choices to the mother.