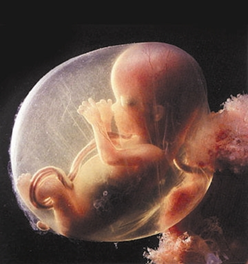 While a clear majority of Americans believe abortion is morally wrong and should not be allowed in all or most circumstances [1], some have argued that abortion is less wrong if it is done earlier in the pregnancy.

Unfortunately for those who are pro-choice, the logic is absurd and does not work in either case.

Those who are pro-choice can point out the fact that only 1.5% of all abortions occur in the 21st week or later [2].

In both cases, the woman is put at greater risk of being physically or psychologically harmed by the abortion procedure [3].

It is for these reasons that abortion is always the wrong answer, and there are always better options.

One thought on “Are Abortions More Acceptable If They Are Done Early On In The Pregnancy?”